In sisters, we trust !

Sisterhood: A bond between two or more girls that always tell the truth, honor each other, and love each other like sisters.

Sisterhood Hotels is an Independant Hotel Group born in 2016. Today three 3 stars hotels compose the Family Group. Our group is commited to create human scaled hotels with proper universe and atmosphere ; each one with its own decor & soul. If each sister hotel has its own personnality and spirit, they all share the same DNA… 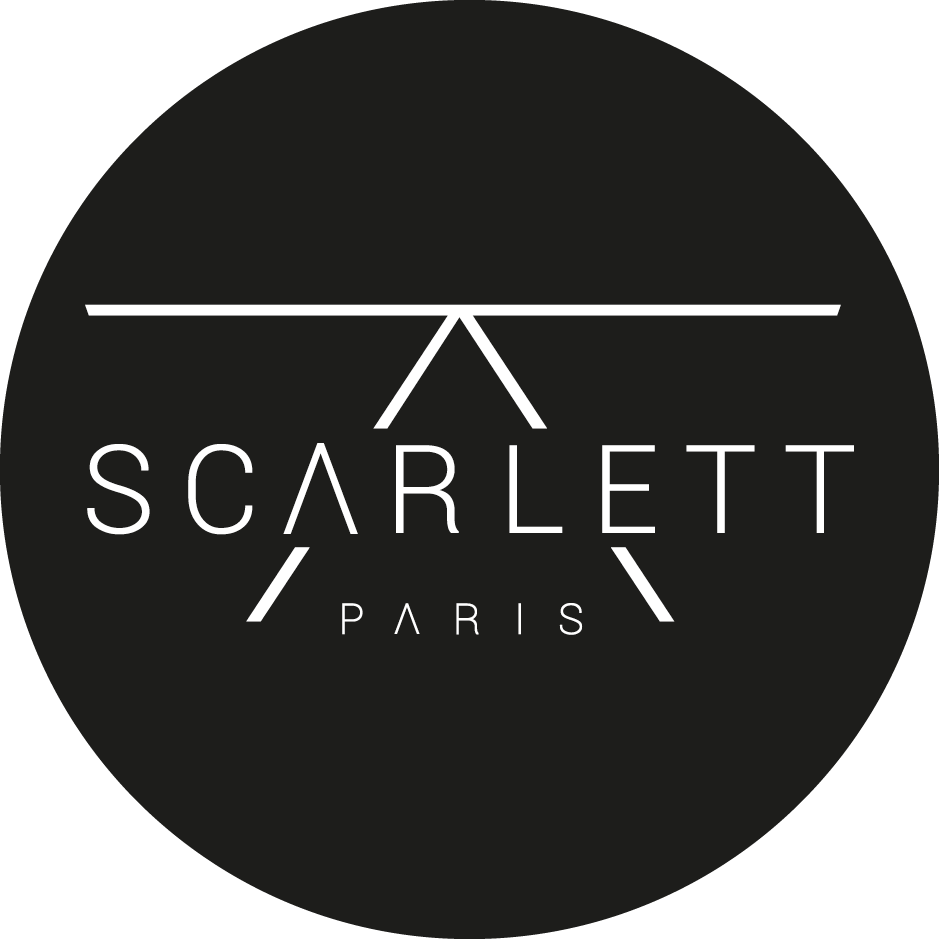 Let us introduce you to Scarlett.
Johansson? O’Harra? A bit of both, to be honest.

Attractive and pretty but also more welcoming and approachable! She’s a pure product of the city, this one : timeless, trendy, a bit boyish and oh so « casual chic » like the way of Parisian girls.

Urbanite, she invests her decor in beautiful materials and muffled atmosphere with a dash of sparkles (like the Eiffel Tower lights you’ll see from the Rue de Belleville). Nothing is left to chance with her, that’s for sure: marble, leather, velvet, heady sent... she mixes perfectly the masculine-feminine look.

Push the scarlett red door and experience Paris. Rubberneck and a bit mischievous she seeks for the latest bistronomique restaurant that only Le Fooding knows about, the fanciest bar, the secretest walks or the coolest street artist in her neighborhood.

What will it be tonight? A quick game of backgammon before bed (we got you pal, it’s one of the most comfy of the capital!)? A loveable hot cocoa after a romantic stroll in the park? Or a sleepless night sipping the best cocktail of the city dancing like a wild flower before devouring an American breakfast?

Let Scarlett decides for you. She is the best at it : after all, she’s the big sis!

Where to find her: in the Patio with a glass of white wine in one hand and a cigar in the other listening to loungy music. 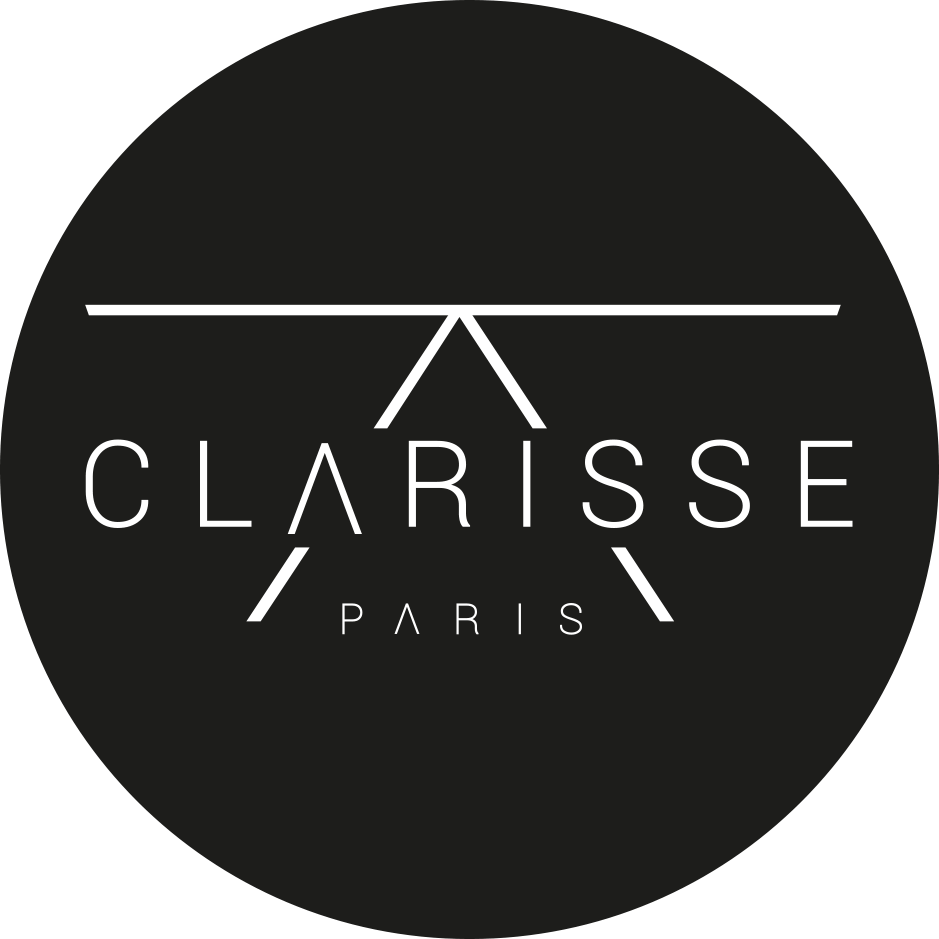 Here comes Clarisse, who spent a lot of time travelling abroad. She helds in her core that « je ne sais quoi » of free and untamed… You can easily reconize her from her cosy and heart warming –almost hippy style.

Always with a rug on her shoulders both summer and winter, and photographs in her head, Clarisse has thousands of things to chitchat about and curiosities to show.

Feel free to escape from the fuss of Paris and its hubbub while slouching in her Chesterfield couch, one crispy/buttery croissant in one hand, a book in the other, gazing through the magical wallpaper…

In the living room ? Scarlett-red benches, small nod to her American road trip and all its diners –but also to her sister; and flooding light that forces us to look up and discover another face of The City Of Lights. Clarisse loves that about her neighborhood : always moving and demonstrating its true nature with all the fairs nearby.

A bit tired? We got your back with one of the most comfy beds of Paris (Sisterhood Hotels’ signature).

Where to find her : sitting on a terrasse in front of Paris Expo eating a jambon-beurre baguette sandwich between two salons 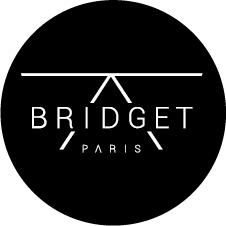 She draws a lot from her big sis Scarlett and confies blindfully in her regarding the choice of location. She lives just a little up East in Paris, in a Bobochic/hipsterish neighbourhood in total gentrification (but in her heart she has always been there).

Like a real « titi parisien », she’s quiet FOMO and keeps an eye on everything that surounds her ! "Bienvenue à Ménilmontant !", she love to shout out cheerfully to anyone that passes by. Squeezed between Père Lachaise Cemetery and Belleville, coming to her hotel is finding oneself in the middle of a village in a charming, cosy place full of light and life that is as welcoming as the old "Menilmuche" Charles Trenet knew so much about!

Push her double door in the corner of Rue des Pyrennées, lean on the old oak desk she bought on a flea market in Saint-Ouen, and find yourself in the 'peacefullest' spot of the neighbourhood.
Sleeping at Bridget's is pausing for a second from the hustle of Paris' popular districts. Tired legs after a promenade in the Passage des Soupirs (Walking of Sighs if we could translate it badly)? Grab a book in her eclectic library and chill in a sofa closed to the bay windows or just watch people of all horizons swarming in the street before you. Feeling rebooted already? Now is time to boogie at La Bellevilloise!

Even if Menilmontant is well known and liked for its "vie de quartier", Bridget knows that sometimes you need to stay calm and quiet and she put that in top priority when she built her hotel rooms! She has good taste for mix-matching stuff and decorations. We could say that her place is cool and comfy but also very stylish: old stones + modern sofas, aged woods + state-of-the-art paints colors, cool brand new lamps + old school vinyles...

It's as if Edith Piaf was taking a selfie with JR!

Breathe in and feel at home." Yep! Just like that!" winks Bridget.

She's one of a kind this one but has the same dash of madness as Clarisse: for exemple she decided that Hungarian parquets were to be on the walls in the rooms as headboards... Romantic Nature wallpaper and Palace beds complete the trick and trust her: that will make dream the most sleepless insomniacs.

She loves the History of this part of the capital: On the top of a "hill", Menilmontant (an independent village at the time) played an major role in Paris’ access to water. It's written on its streets : Rue des Cascades (waterfalls), des Rigoles (gullies), de la Mare (pond)... and as a result, you'll find different tones of blue on the walls or on the floors of her hotel! How poetic!
Bridget is all of it: poetic, hipster as East Paris can be but also maculine/chic as the Sisterhood.